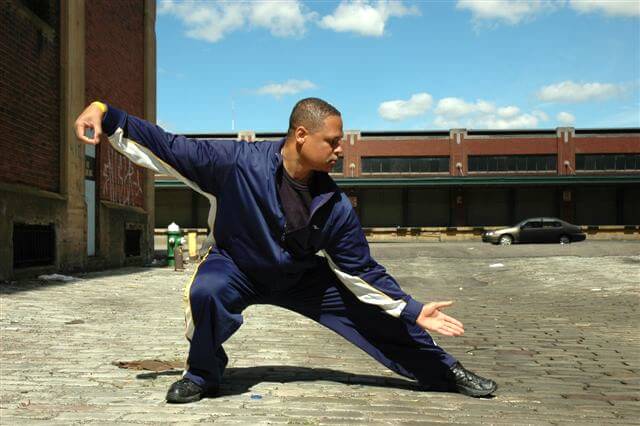 ARE YOU BETRAYING YOUR STYLE?

I’VE OFTEN NOTICED THAT MANY MARTIAL ARTISTS ARE RELUCTANT TO UTILIZE TECHNIQUES OR METHODS WHICH ARE NOT REPRESENTATIVE OF THEIR PARTICULAR STYLE OR SYSTEM.

There seems to be some underlying concept that would suggest that by delivering a technique or strategizing, in a manner other than what was traditionally taught is somehow a betrayal to their style of martial art. I have met individuals who feel that going outside of their formal system to put together even a winning series of tactics is to admit that their chosen martial style is somehow incomplete.

It is no secret that most martial arts are recognized by their specific movements and strategies however, the only truly incomplete systems are those which do not allow for adaptability.

All martial styles are about fighting and fighting successfully depends on the ability to adjust to circumstance.

Every formal martial style is a basis from which one can begin to understand the art of fighting rather than a set of limitations which precludes one from constant growth and development. Just as college is not meant to teach you everything you need to know about life, it can however provide you with a certain level of knowledge, skill and flexibility of thought that will enable you to recognize and make use of all the available tools at your disposal. The astute fighter will reflect after each encounter, assess his actions and make adjustments in preparation for the future. This is a never ending process, known as (moving from form to function). In other words, to seek the adjustments that will adapt training to fit real life circumstances.

I’m not saying that one should not study traditional martial systems. My personal preference is to the contrary. I believe that by learning a traditional style of martial art one gains a strong foundation from which to build on. My point is that one should be careful concerning the level of traditional strictness that they may allow to influence their actions in the street. In a real fight you must allow yourself to express the knowledge obtained and polished through your traditional training rather than to be hindered by it. You must trust your instincts and allow your formal style of movement to become less formal and more adaptive. You must allow yourself to strike and defend based on opportunity instead of desire. You must conform to the situation.

Every martial system should be more than its recognizable characteristics, and this should be proven every time you fight. When fighting you must learn to attack and defend with any body part and not just the methods your style is most recognized for.

SUCCESS IN FIGHTING DEPENDS ON HAVING OPTIONS AND OPTIONS COME FROM CREATIVE THINKING.

Pick ten techniques from your system then find ten different ways to apply each one. Now what is your style? Did you abandon your traditional system? Perhaps, now you’re making greater use of it.